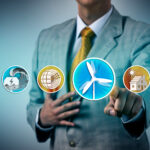 Investors are always on the lookout for opportunities that will help them achieve their financial goals. You need to consider investments that are in line with your long-term objectives. Ideally, you would want to beat inflation rates consistently and increase your purchasing power over time. It means you have to bet on stocks that have multiple secular tailwinds and companies that are part of a growing industry.

One such industry that should be on your radar is renewable energy.  Wind turbine stocks, such as Vestas Wind Systems (VWDRY), TPI Composites (TPIC) and General Electric (GE), are solid picks in this industry right now.

The shift towards clean energy solutions is bound to accelerate in the upcoming decade and attract billions of dollars in investments. It will help renewable energy companies benefit from economies of scale and lower the cost of production which in turn will drive large scale adoption.

Vestas aims to be the global partner for sustainable energy solutions, It designs, manufactures, installs and services wind turbines all around the world. It has more than 132 GW of wind turbines in 83 countries and is the leading wind power installer in the world.

The company said that unconditional wind turbine orders amounted to 2,016 MW and its order backlog was EUR 19.4 billion ($23.62 billion) at the end of Q1. Further, Vestas also has service agreements with expected contractual future revenue of EUR 25.3 billion ($30.8 billion).

A conglomerate valued at a market cap of $122 billion, General Electric has multiple business segments ranging from light bulbs to power plants and jet engines to financial services. During its Q1 earnings call, General Electric confirmed its renewable energy equipment orders grew 15% year over year which offset a decline in power and aviation orders.

The company closed a deal with India-based aviation company IndiGo to supply engines for the latter’s Airbus A320 passenger jets. Further General Electric also won a contract to build 84 turbines in the U.S. which will be the country’s largest offshore wind power project.

GE is focused on strengthening its balance sheet and aims to reduce debt levels by 2023. Its management aims to keep the net-debt-to-EBITDA multiple between 2.5x. It suggests that GE’s EBITDA might be in the range of $13.2 billion and $14.8 billion in 2023 compared to consensus EBITDA estimates of $12.8 billion.

One of the largest independent manufacturers of wind blades in the world, TPI Composites recently reported its Q1 results. TPI Q1 sales stood at $405 million, a rise of 13% year over year. It manufactured 814 sets which were 11% higher than the prior-year period. Its capital expenditure fell from $18.8 million to $27 million and the company continues to invest in increasing manufacturing capacity in several regions such as the U.S., Europe, Mexico, and Asia.

Analysts expect the stock to touch $61 in the next 12-months which is more than 30% above its current trading price. 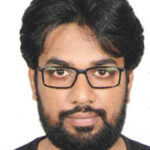 Aditya Raghunath is a financial journalist who writes about business, public equities, and personal finance. His work has been published on several digital platforms in the U.S. and Canada, including The Motley Fool, Finscreener and Market Realist. With a post-graduate degree in finance, Aditya has close to 8 years of work experience in financial services and close to six years in producing financial content. Aditya’s area of expertise includes evaluating stocks in the tech and cannabis sectors. If you are considering investing in the stock market, he recommends reading The Intelligent Investor by Benjamin Graham before taking the plunge.

Your contact information is completely safe with us. We use state of the are encryption and digital security. We will never spam you. We hate spam as much as you do.